The campaign to unionize stores across the country has reached a new stage, with federal labor board prosecutors heading into hearings over accusations that the coffee chain violated labor law as workers at a growing number of locations have gone on strike.

National Labor Relations Board judges will hold the first set of hearings this month on alleged unfair labor practices from the ongoing unionizing wave, the agency said. Those June hearings, which involve Starbucks stores in Arizona, California, and Florida, will be followed by proceedings in cases from five other states that will stretch through the summer and fall.

NLRB prosecutors have found merit in about 50 of those cases thus far, leading to eight complaints filed against the company, according to agency statistics. Starbucks North America President Rossann Williams was accused of illegally threatening employees in a massive consolidated complaint involving Buffalo-area stores.

The agency has also gone to federal court to get injunctions against the company in two cases based on allegedly retaliatory firings. June hearings are scheduled in both cases.

NLRB General Counsel Jennifer Abruzzo said staffers in the regional offices and the agency’s headquarters have been stepping up to handle the extra work the Starbucks unionizing campaign has generated.

“It needs to be all hands on deck, and we’re doing it,” she said.

The union’s expanding effort to represent Starbucks workers includes nearly 300 election petitions filed with the NLRB. The union has won 87% of the 113 elections held as of May 31, according to Bloomberg Law’s NLRB elections data.

Nearly 120 additional elections have been ordered or are in progress, the NLRB said. There are 56 ballot counts this week and next week.

Workers at no fewer than seven Starbucks stores went on strike in May—more than double the number that walked out in March and April, according to Bloomberg Law data. Many are taking the unusual step of going on strike before their union elections are even complete, hoping to draw attention to alleged unfair labor practices.

“We have faced an extreme amount of union busting,” said Isabelle Loverich, a shift supervisor at a Starbucks in Portland, Ore., who led a 24-hour walkout last month.

Loverich, the lead organizer, said management cut her hours in half—from 40 to less than 20—after the union effort went public. She said a manager told her she was creating a hostile work environment, and she saw another organizer get abruptly fired. The NLRB is set to count ballots cast by about 20 eligible workers on June 7.

On the day of the strike, managers recruited replacement baristas to help run the store while pro-union workers picketed outside, telling the public not to buy Starbucks coffee. By noon, the store had closed.

“We turned away probably 50% of people, so we consider that a success,” Loverich said.

Starbucks may have listened, she said. Over the past couple weeks, the store brought in more workers to fill a chronic staff shortage.

Workers at one Starbucks store in Columbia, S.C., walked out in May after a manager began writing up union supporters and having intimidating one-on-one conversations, said Sophie Ryan, a worker and union organizer. Ballots for the store’s union election will be counted this week.

“I sat everybody down outside the store and I had a conversation with them about the process of striking and what would be involved,” Ryan said. “So we came to that decision as a group, to strike.”

Even as more Starbucks workers are striking and NLRB litigation heats up, the pace of new cases against the company is likely to accelerate, observers said.

More Starbucks workers are learning about their rights under the National Labor Relations Act as word about allegations against the company spreads, said Rebecca Givan, a professor of labor studies and employment relations at Rutgers University.

“We’re seeing Starbucks put on one of the largest workers’ rights educational campaigns ever,” Givan said of the company’s resistance to unionization.

The complaints that NLRB prosecutors have filed thus far also may result in more complaints elsewhere, as attorneys in one region might be able to use evidence of anti-union animus in another region, said Michael Duff, a labor law professor at the University of Wyoming.

There also can be an “almost psychological effect” when NLRB lawyers from multiple regional offices are investigating similar allegations against the same employer, said Duff, a former NLRB attorney who worked in the Philadelphia and Minneapolis regions.

“There’s just a general zeitgeist when there’s the sense that an employer is unlawfully resisting employees’ will to unionize,” he said. “That affects not only positions taken by the general counsel in litigation, but also administrative decisions, like deciding when to issue a complaint.”

—With assistance from Josh Eidelson (Bloomberg)

Sat Jun 11 , 2022
President Barack Obama is the first sitting president to publish a work of “legal scholarship.&quot; | AP Photo President Barack Obama took to the Harvard Law Review to tout his administration’s reforms of the criminal justice system, in an article published Thursday. It’s the second time he’s made history with […] 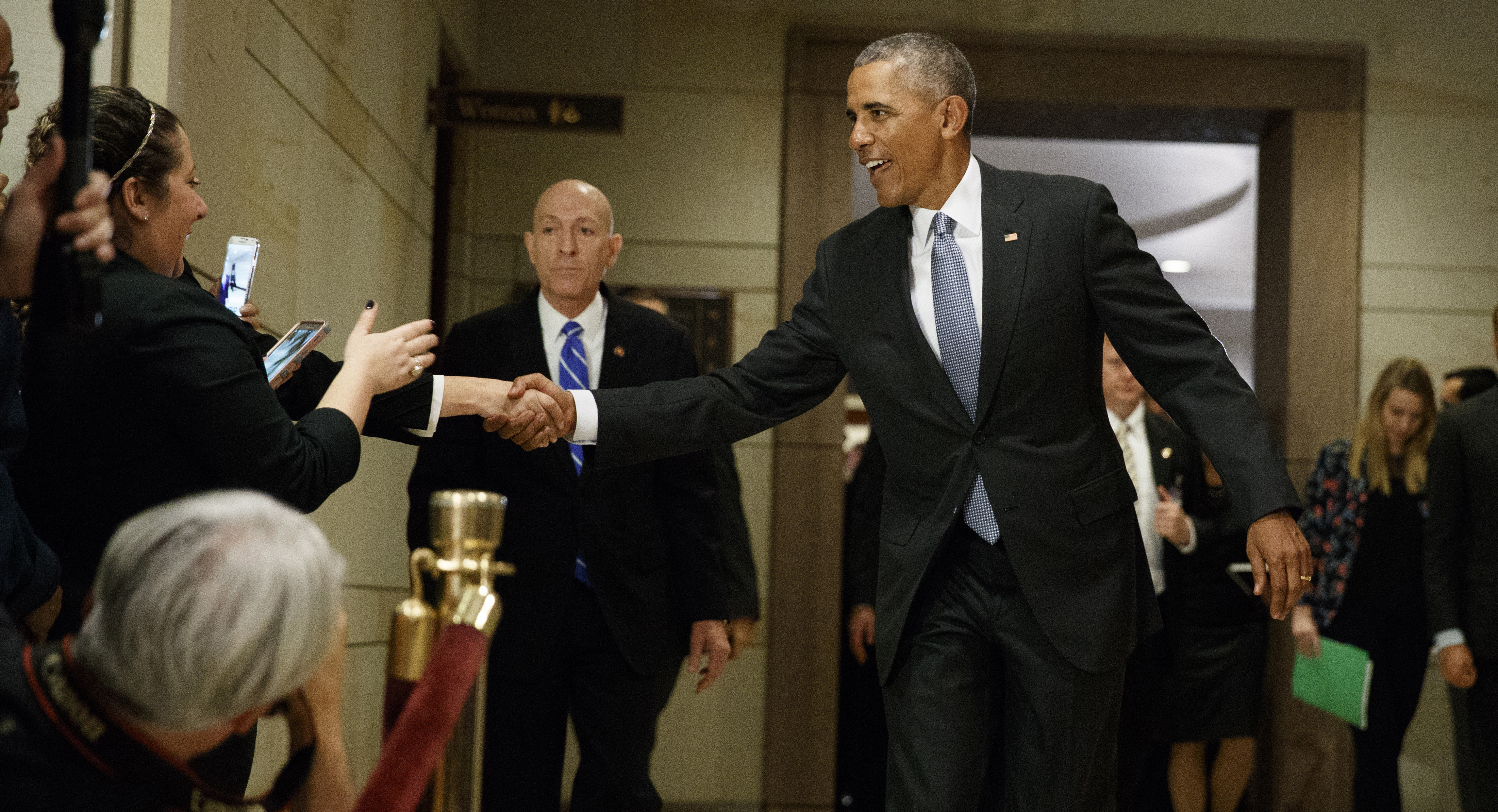