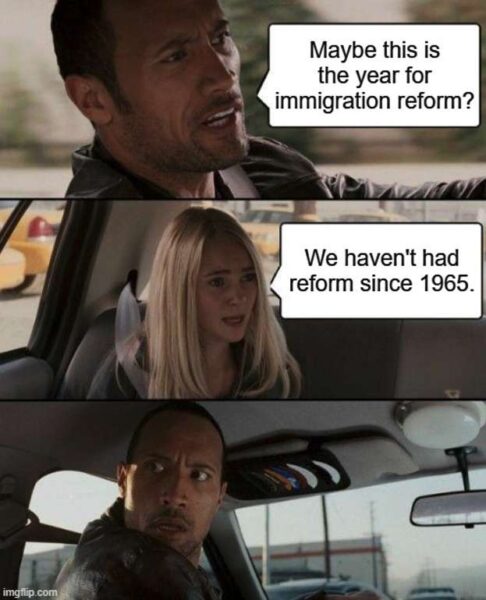 Last month, we gave you our review of what 2021 brought to the wild world of immigration law. This month, we want to give you a peek into the crystal ball and tell you what we think 2022 will bring.

We predict that DHS will succeed in increasing its fees, though not to the extent proposed during the Trump Administration. This fee increase will have two parts — increases to fees paid to the State Department for visa applications, like student visas and visitor visas — and increases to fees paid directly to USCIS for all sorts of immigration benefits, including green cards, work permits, naturalization and employment-based visas. It is quite possible that USCIS will expand the availability of Premium Processing for additional types of employment-based immigration benefits.

Whether USCIS needs the additional money is a tough question. It is beyond dispute that delays have skyrocketed. Whether additional money would solve the problem is a matter of dispute; we tend to think that USCIS’s problems are operational, not financial.

The Immigration Courts — including our local court in Arlington — have opened and closed as the waves of COVID have swept through our area. At the moment, the Omicron variant has led the Arlington Immigration Court to stop holding crowded preliminary hearings, but trials (“individual hearings”) are continuing as normal.

Asylum Backlogs Will Get Worse

Several factors will combine to make U.S. asylum offices even more backlogged than they are now. First of all, the Remain in Mexico program will die. Litigation to preserve it cannot, in the long run, prevail against the Biden Administration’s deep unhappiness about being forced to continue it. Second, as COVID-related restraining measures slowly are repealed, the continued use of Title 42 will end, either voluntarily or by injunction. The end of those two programs will make it easier to come to the U.S. to seek asylum, and the incredibly tight labor market will increase the financial incentive to do so.

We respect our local asylum office and appreciate the work of asylum officers, but we have no confidence that DHS will staff up the asylum offices sufficiently to cope with any increase in applications.

Immigration reform came close to happening in Build Back Better. It came closer in 2004. It won’t happen this year. Legislative action to formalize DACA into a permanent status won’t happen either. We’ll continue to muddle through.

Do you have predictions about what will happen next year? Tell us in the comments. As always, we welcome your thoughts and questions and will do our best to respond.

Tue Jan 11 , 2022
By DAVID A. LIEB, Associated Press State and local governments will have greater flexibility to spend $350 billion of federal COVID-19 aid under new rules from President Joe Biden’s administration. The revised rules mean that most cities and counties will be free to spend their entire allotment on any government […]