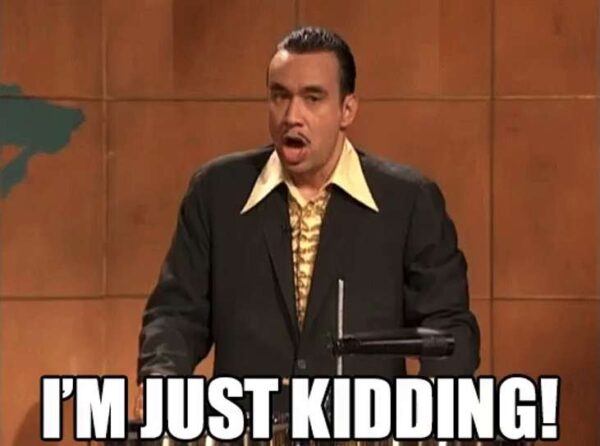 In immigration law, the government sometimes doesn’t mean what it says it meant, or mean what it meant to say.

Imagine being a (highly documented) immigrant in the United States. You have a work permit under the TPS program, valid for two years, and you’ve been renewing it since 1992.

Your children are United States citizens. You know, because you are a loyal reader of Statutes of Liberty, that you can’t just travel without permission. So, you apply to the U.S. Department of Homeland Security for permission to leave the United States — for a travel permit, technically termed “advance parole” — and you receive your permit in the mail. You leave the United States, visit family for two weeks in your country of origin, and then fly back to Dulles. You present your travel permit to CBP. The CBP inspector smiles and says, “Welcome home!”

Now, a quiz question: Were you “admitted” to the United States by the government?

The answer No is new, consequential, newsworthy and extremely in-the-weeds, so it’s right in our wheelhouse here at Statutes of Liberty. Here’s how it works:

In order to apply for a green card in the U.S., you have to — with rare exceptions — prove that you were admitted with inspection. That means that, for most people who cross the border illegally, it is quite difficult to apply for a green card. (It also means that people who enter with inspection, via a visitor’s visa, and overstay are treated quite differently from border-crossers, but that is a subject for another day.)

Now, consider our (highly documented) immigrant from our initial story. He applied for, and received, Temporary Protected Status in 1992, and has dutifully renewed it since that time. But before that, he entered the United States without inspection, by crossing the border in 1989. This places him in an interesting position for future travel. When he leaves the United States with his advance parole travel permit, granted by the United States government, and then re-enters, did he “enter with inspection” on his readmission, or not?

For thirty years, from 1991 to the present, the U.S. government took the position that TPS holders who entered with advance parole entered “with inspection.” But, on August 20, 2020, the government abruptly changed its mind. Reasoning that a grant of permission to travel under the TPS program simply puts the travelers in the same legal position he was in when he left, USCIS decided that, henceforth, TPS recipients who travel with advance parole are not admitted with inspection.

However, TPS recipients who traveled before August 20, 2020 were admitted with inspection, because they travelled in reliance on a now putatively erroneous policy.

So, whether you were admitted with inspection now depends on whether you entered before August 20, 2020 or after. (Some people entered both before and after! Can they apply for green cards? The answer is unclear!)

Faced with this extraordinary mess, the Northwest Immigrant Rights Project sued the U.S. government, seeking a declaratory judgment which would overturn the 2020 policy. That lawsuit is now wending its way through federal court. Meanwhile, USCIS is seeking to dismiss the lawsuit because it is “actively reconsidering” the 2020 policy, which was, itself, a reconsideration of its thirty years of previous practice.

Some long-suffering federal judge — perhaps nine of them — will eventually resolve this. Until then, immigrants and their lawyers have to figure out an extraordinarily complex set of laws and apply them to the messy facts of ordinary life.

As always, we welcome any thoughts or questions and will do our best to respond.

Statutes of Liberty: You entered the U.S. with a travel permit, but you never entered at all

Massacres Test Whether Washington Can Move Beyond Paralysis on Gun Laws

Sun May 29 , 2022
WASHINGTON — Days after 19 children and two teachers were gunned down in Texas, politicians in Washington are tinkering around the edges of America’s gun laws. A bipartisan group of senators is scheduled to hold virtual meetings early next week and has some proposals on the table: the expansion of […]