Texas Gov. Greg Abbott is calling on “licensed professionals” and “members of the general public” to report the parents of transgender minors to state authorities if it appears the minors are receiving gender-affirming medical care.

The directive was part of a letter Abbott, a Republican, sent Tuesday to the Department of Family and Protective Services, calling on it to “conduct a prompt and thorough investigation” of any reported instances of minors undergoing “elective procedures for gender transitioning.”

Paxton issued the opinion after the Legislature failed last year to pass a bill that would have made it a felony alongside physical and sexual abuse to provide such care to minors. An opinion is an interpretation of existing law; it does not change the law itself but can affect how it is enforced.

In Tuesday’s letter, Abbott tasked licensed professionals who work with children — including teachers, nurses and doctors — and “members of the general public” with reporting such claims. He added that state law “provides criminal penalties for failure to report such child abuse.”

Advocates allege that both Paxton’s opinion and Abbott’s letter are politically motivated, noting that they were released just ahead of the March 1 Republican primary and that both men face a crowded field of contenders in their re-election bids.

Adri Pèrez, policy and advocacy strategist for LGBTQ equality at the American Civil Liberties Union of Texas, said Paxton is trying to distract from the problems plaguing his campaign. He is awaiting trial for a 2015 indictment on charges of securities fraud, and he is under investigation by the FBI over allegations of bribery and abuse of office. Paxton’s office did not return a request for comment.

“There’s no court in Texas or the entire country that has ever found that gender-affirming care can constitute child abuse,” Pèrez said.

Brian Klosterboer, a staff attorney at the ACLU of Texas, said in a statement that neither the opinion nor the letter have a legal effect and “cannot change Texas law nor usurp the constitutional rights of Texas families.”

“​​But they spread fear and misinformation and could spur false reporting of child abuse at a time when DFPS is already facing a crisis in our state’s foster care system,” Klosterboer stated. “The law is clear that parents, guardians, and doctors can provide transgender youth with treatment in accordance with prevailing standards of care. Any parent or guardian who loves and supports their child and is taking them to a licensed health care provider is not engaging in child abuse.”

It’s unclear whether Abbott and Paxton can force the Department of Family and Protective Services and other state agencies to investigate claims of child abuse against the parents of trans kids without passing legislation that changes the law.

At least one county-level official has said he will not enforce Abbott’s directive. Christian Menefee, the elected attorney who represents Department of Family and Protective Services in civil child abuse cases in Harris County, where Houston is, said in a statement that Paxton and Abbott “are ignoring medical professionals and intentionally misrepresenting the law to the detriment of transgender children and their families.”﻿

“My office will not participate in these bad faith political games,” he said. “As the lawyers handling these cases, we owe a duty of candor to the courts about what the law really says. We’ll continue to follow the laws on the books — not General Paxton’s politically motivated and legally incorrect ‘opinion.’”

Over the last year, nearly two dozen states considered legislation that would bar access to some or all gender-affirming medical care for transgender minors. Some states, including Texas, considered bills that would’ve charged parents or doctors who provide transition care with a felony. Only two states — Arkansas and Tennessee — have enacted restrictions on such care for minors, and a federal judge blocked Arkansas’ law from taking effect in July.

The White House, which has recently stepped up its response to anti-LGBTQ state measures, spoke out against Abbott’s directive Wednesday in a statement to The Dallas Morning News.

“Conservative officials in Texas and other states across the country should stop inserting themselves into health care decisions that create needless tension between pediatricians and their patients,” Karine Jean-Pierre, the deputy principal press secretary for the White House, told the paper. “No parent should face the agony of a politician standing in the way of accessing life-saving care for their child.”

Rachel Levine, assistant secretary for health and the first openly transgender Senate-confirmed federal official, added that the Department of Health and Human Services “stands with transgender youth and their medical providers.”

The Endocrine Society, an international medical organization for the field of endocrinology, which includes the study of hormones, said in a statement Wednesday that Abbott’s directive “rejects evidence-based transgender medical care.”

“Medical evidence, not politics, should inform treatment decisions,” the group said in a statement. “The governor’s directive reflects widespread misinformation about gender-affirming care. When young children experience feelings that their gender identity does not match the sex recorded at birth, the first course of action is to support the child in exploring their gender identity and to provide mental health support, as needed.”

The Endocrine Society added that its clinical practice guideline recommends only reversible treatments for adolescents, such as puberty blockers, after they have entered puberty. Older adolescents “who demonstrate the ability to provide informed consent to partially irreversible treatment and experience persistent gender incongruence” can start hormone therapy. The guideline also recommends delaying surgery until the age of legal majority, which is 18 in most states.

Fri Feb 25 , 2022
With an organizer of a trucker vaccine mandate protest threatening to shut down traffic around the capitol region, the D.C. National Guard is alerting troops to be ready to activate in response. “The District of Columbia National Guard is aware of a request for assistance sent to the Department of […] 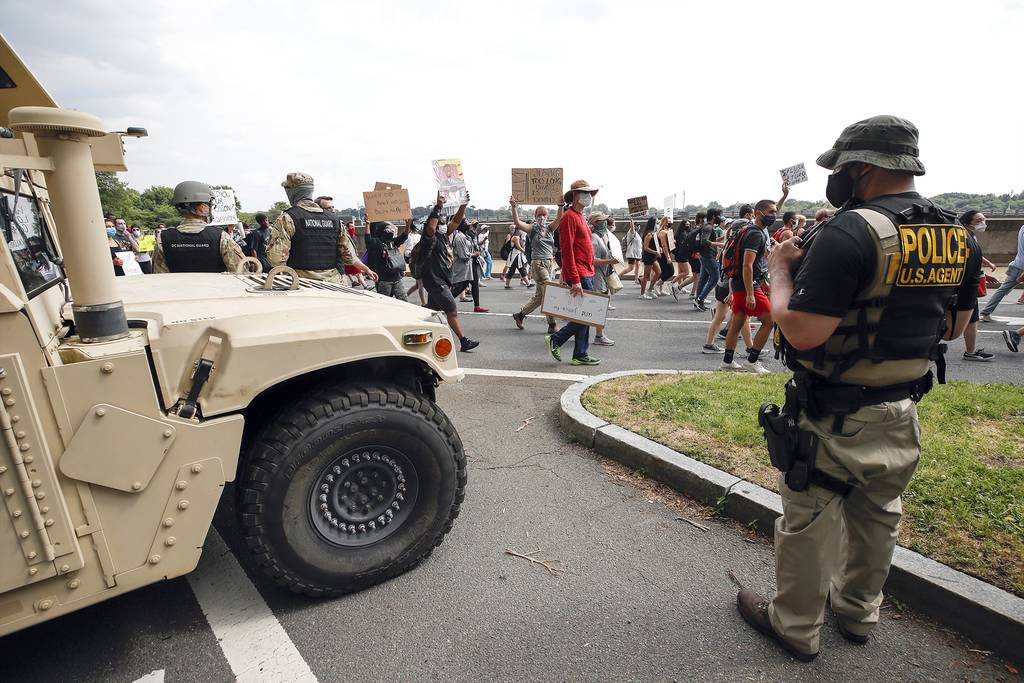