Also, sign up for The Brief, our daily newsletter that keeps readers up to speed on the most essential Texas news.

In October 2005, Texas Gov. Rick Perry traveled to the border city of Laredo and announced Operation Linebacker, a new initiative that he said would protect the state’s residents from terrorist groups such as al-Qaida.

Without pointing to evidence, Perry said such terrorist groups, along with drug cartels and gangs, were attempting to exploit the U.S.-Mexico border. A press release from the governor’s office said Perry warned that after the Sept. 11, 2001, attacks, criminal organizations could “import terror, illegal narcotics and weapons of mass destruction.”

Perry said Texas would step in to fill the gaps left by the federal government, increasing state law enforcement presence along the border and providing new investigative tools. He stopped short of directly attacking President George W. Bush or the Republican-led Congress. “The state of Texas cannot wait for the federal government to implement needed border security measures,” Perry said, explaining that the state would use $10 million in funding that included federal grants for the operation. Two months later, the governor highlighted his border security efforts while announcing his reelection campaign.

Over the next 17 years, Perry and his successor, Gov. Greg Abbott, persuaded the Texas Legislature to spend billions of dollars on border security measures that included at least nine operations and several smaller initiatives. Each time, the governors promised that the state would do what the federal government had failed to: secure the border.

The pronouncements often coincided with their gubernatorial campaigns or times when they were considering bids for higher office. Perry and Abbott also ramped up their political attacks on the federal government during periods when Democrats held the presidency or a majority in Congress.

In 2007, with Bush still in office but Democrats in control of Congress, Texas allocated $110 million in state funding to border security. The figure swelled to nearly $3 billion last year as Abbott criticized newly inaugurated President Joe Biden, claiming Biden had not done enough to stop drug and human smuggling.

In launching Operation Lone Star in March 2021, Abbott claimed the initiative would “combat the smuggling of people and drugs into Texas.” About four months later, the governor also directed state police and the National Guard to arrest some migrant men on criminal trespassing charges for crossing the border through private property.

Abbott, who is seeking reelection, expanded the operation in the past two weeks. He directed the Texas Department of Public Safety to inspect every commercial truck crossing into the U.S. through the state, a move that has drawn criticism for hampering border commerce. Abbott discontinued the inspections days later, saying he’d reached agreements with his Mexican counterparts to increase enforcement south of the border. Some of the security measures included in the agreements had already been in place in Mexico.

The governor also started busing migrants, who are processed and released by the federal government, to Washington, D.C., on a voluntary basis. Abbott said both measures were in response to the Biden administration’s decision to bring an end, in May, to Title 42, a pandemic-era emergency health order under which most migrants, including those seeking asylum, could be immediately turned away from the border.

An investigation by ProPublica, The Texas Tribune and The Marshall Project last month revealed that the numbers the state reported to demonstrate Operation Lone Star’s success have included arrests that had nothing to do with the border or immigration and drug seizures from across the state made by troopers stationed in targeted counties prior to the operation.

The way the governors and their administrations have tracked success has fluctuated over the years, offering little clarity into whether the state is closer to securing the border today than it was nearly 20 years ago.

Neither the governor’s office nor the DPS, the main agency leading border security efforts, can provide a full breakdown of the state-led operations since 2005, their duration, their cost to taxpayers and their accomplishments. Because the state has declined to provide such information, the news organizations compiled a partial list of recent border operations and their outcomes using news releases and media coverage, as well as reports by both the Texas Legislative Budget Board, the state’s top budget analysts, and advocacy groups such as the American Civil Liberties Union.

Perry could not be reached for comment through a representative. Abbott’s office didn’t respond to questions about tracking the success of the state’s initiatives and the continued need for border operations. Instead, Abbott spokesperson Renae Eze repeated the governor’s claims that the latest operation was a response to the federal government’s failure under Biden to secure the border. She reiterated that Operation Lone Star kept “millions of deadly drugs and thousands of criminals and weapons” off the streets.

We can’t wait to welcome you in person and online to the 2022 Texas Tribune Festival, our multiday celebration of big, bold ideas about politics, public policy and the day’s news — all taking place just steps away from the Texas Capitol from Sept. 22-24. When tickets go on sale in May, Tribune members will save big. Donate to join or renew today.

Disclosure: The El Paso Times and Texas Monthly have been financial supporters of The Texas Tribune, a nonprofit, nonpartisan news organization that is funded in part by donations from members, foundations and corporate sponsors. Financial supporters play no role in the Tribune’s journalism. Find a complete list of them here.

Wed Apr 20 , 2022
Russia’s invasion of Ukraine and subsequent revelations of alleged atrocities in territories previously controlled by Russia have had a global impact. Dozens of foreign countries (States) have imposed a wide variety of sanctions affecting the Russian economy and, in response, Russia has also imposed its own economic measures on foreign […] 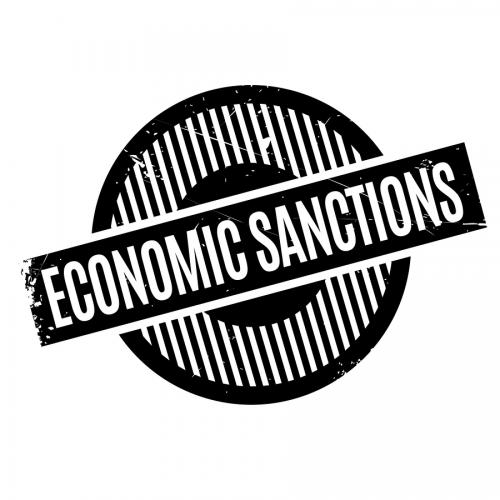