While the U.S. economy is expected to cool in 2022 after a pandemic resurgence, there’s a largely untapped source of hundreds of billions of dollars in potential stimulus that could keep inflation elevated for longer—and it’s sitting with state and local governments.

State budgets are flusher than ever, benefiting from a Covid-driven combination of an estimated $885 billion in direct federal stimulus, soaring tax revenue, and curbed costs as some state and local services shifted online. State and local receipts were 16% above the prepandemic trend in the third quarter of 2021, according to an analysis by the Committee for a Responsible Federal Budget. State and local noninterest spending, meanwhile, was up just 5%.

At the same time, state balances of rainy-day funds—budget stabilization accounts that allow states to set aside surplus revenue for unexpected downturns—climbed to a record high of nearly $113 billion in fiscal year 2021, according to data from the National Association of State Budget Officers released late last month.

The result is that state governments are awash in cash and looking for ways to spend it. And how they ultimately dole it out could carry major implications for the broader U.S. economy—and could risk keeping inflation elevated even as the Federal Reserve winds down its pandemic stimulus programs and President Joe Biden’s domestic agenda stalls in Washington amid concerns over rising prices.

Stimulus from the state and local sector this year “should actually be a pretty big additive to growth, even as federal fiscal stimulus wanes,” says Diane Swonk, chief economist at Grant Thornton. “That’s something that’s sort of lost in translation.”

“The numbers are not insignificant,” she adds. “They’re really quite strong.”

States have some restrictions on how they can spend the federal aid allocated under Biden’s $1.9 trillion American Rescue Plan, which passed last March. But there are no restrictions on what they can do with their own higher-than-expected revenue. States are expected to increase their general fund spending by 9.3% in fiscal year 2022 over the year before, according to Nasbo, the state budget officer group.

A lot of states’ surplus is expected to be returned to Americans themselves, experts say, which could risk driving inflation higher by pushing up already-strong consumer demand. California, for example, is in the process of doling out its second round of stimulus payments. Virginia is looking at eliminating state grocery taxes. Washington, D.C., is sending $500 checks to the 10,000 residents who had to wait the longest to receive unemployment benefits in 2020. Indiana is giving 4.3 million taxpayers a $125 rebate this year because of how big its surplus is.

And 13 states enacted laws in 2021 to reduce individual or corporate income taxes, the highest number to pass tax cuts in a single year in more than two decades.

“States are continuing to look for ways to spend this revenue, and that will definitely have an impact on inflation,” says Katherine Loughead, a senior policy analyst with the Center for State Tax Policy at the Tax Foundation.

The impact could be most noticeable in specific sectors, rather than across the economy, depending on how states choose to spend their money. If a number of school districts decide they want to give out laptops to ensure broader computer access among their students, for example, that adds pressure to a technology sector still feeling the effects of a global semiconductor shortage.

Besides inflation, a central concern among some economists and policy experts is that states might look to make permanent changes to their budgets even though their current windfalls are likely temporary. The federal government isn’t likely to be doling out trillions of dollars in aid again, and the increase in tax revenue—largely a result of heightened retail spending during the pandemic and expanded capital gains—is expected to subside as well.

But permanent tax breaks are politically popular, and they make an appealing option particularly for the more than half of U.S. governors up for re-election this year. State officials from Florida to South Dakota and elsewhere are also proposing sizable pay raises for public employees, which tend not to be cut back when states’ finances tighten.

“Unfortunately, when state officials make such decisions, they do so thinking only for their own political lifespan, and it will be a burden on the future governors or elected officials,” says Lucy Dadayan, who leads the State Tax and Economic Review project at the Urban Institute. “For some of the states going ahead and cutting tax rates, it was not prudent for those states.”

One potential benefit of states’ extra cash is that they could use it to bulk up pension plans, many of which have long been underfunded. New Jersey, for example, made its first full payment to its pension system in more than two decades in the fourth quarter last year because it had the cash on hand to do so, says Dan Clifton, the head of policy research at Strategas. But don’t expect it to become a trend.

“The problem with pensions is that pensions don’t vote,” Clifton says, noting that the pressure for public officials is instead to raise pay, cut taxes, or otherwise give money back to the voters.

Every weekday evening we highlight the consequential market news of the day and explain what’s likely to matter tomorrow.

The longer-term risk at hand is that states facing budget shortfalls in a few years could end up having to raise taxes to make up for it. And in the short term, more spending now could drive inflation up, if elevated consumer demand exacerbates supply-chain and labor shortage issues.

Still, in the immediate term, it could take states several months or even years to spend the money, dampening its inflationary impact. Its effects will be offset, too, by the end of trillions of dollars in federal aid that Congress allocated over the past two years.

And as U.S. Covid cases reach record highs due to the Omicron variant—which has driven forecasters to slash their growth outlooks for the first quarter—the extra stimulus might not be a bad thing, some economists say.

Thu Jan 6 , 2022
Ahead of the one-year anniversary of the attack on the U.S. Capitol, the Homeland Security Department is sharing how it has improved its intelligence operations, particularly those focused on domestic extremism.  Last year on January 6, swarms of protestors breached the Capitol as lawmakers were taking up certification of the […] 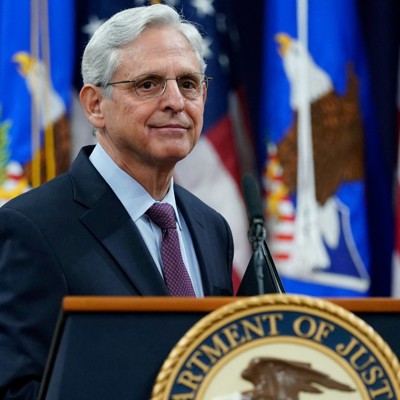