Last month I wrote about the immigration crisis on our southern border. This column is about ways to improve our immigration laws.

According to the Pew Research Center, the United States has more immigrants than any other country in the world. The U.S. foreign-born population reached a record 44.8 million in 2018, or 13.7% of the U.S. population. I have no problem with that. Since the creation of the federal Refugee Resettlement Program in 1980 three million refugees have been resettled in the U.S. That is more than any other country. That speaks well of the United States.

However, there are at least 10.5 million people who are not authorized to be in the United States. That is a big problem. Legal immigrants follow our laws, even when it may mean waiting for several years or more to be admitted. Illegal immigrants ignore our laws and violate our borders. The difference between legal and illegal is fundamental, not trivial.

I suggest a new structure for legal immigration. The annual number of legal immigrants is about 1.2 million. That is a reasonable number. However, one-third of new immigrant admissions should be based on the skills applicants currently have that are in short supply in the U.S. workforce. An example would be welders. According the American Welding Society, “the welding shortage will reach a deficit of 400,000 workers by 2024. Older welders are reaching retirement age, and younger welders aren’t replacing them fast enough.” the society states. The nuclear family of immigrants ( i.e. spouse, children) admitted on a skills basis should be included in the total.

Refocus Family Reunion. Let’s replace the current family reunion policy that allows Americans to sponsor their relatives outside the U.S. for immigration. Instead, people currently in the U.S. but not authorized could be sponsored by adult close family members who are U.S. citizens. This would include the so-called Dreamers, for example. The ceiling would be 400,000 people a year, not a massive amnesty. This change has something in it to please the “path to citizenship” liberals and the anti “chain migration” conservatives

Refugees and asylees. Current law requires that a person seeking asylum be physically present in the U.S. That needs to be changed so that application is made at a U.S. consulate outside of the United States. The caravans coming from central America through Mexico have ample opportunity to do that. The asylum would wait out of the U.S. until their application has been thoroughly adjudicated. If that change is made, I suggest admitting up to 400,00 people every year as asylees or refugees. A great deal of money and other resources would be required but that would be a justifiable expense.

I also suggest that steps that can be taken to impede the entrance of migrants who seek to enter and live in our country unauthorized.

Get serious about enforcement. Of the people in our country illegally, 40% “over­-stayed their visa.” That is to say, they entered the country on a legal visa and then simply didn’t leave when the visa period lapsed. There is a current penalty. Overstays may be barred from returning to the U.S. for 3 or 10 years. Over staying a visa should be made a criminal offense. Facing time in jail or permanent removal from our country would be a powerful deterrent.

It is important to take away the magnet of employment. The U.S. civilian workforce includes 7.8 million unauthorized immigrants. E-Verify is an online system to confirm that a prospective hire is authorized to work in the United States. Today, E-Verify is primarily a voluntary program. I believe that E-Verify needs to apply to all employers for every new hire and any place of employment should be subject to potential audit. Knowingly hiring someone who is unauthorized should be a criminal offense.

I understand that many of the people seeking to enter our country are fleeing poverty, war, gang violence and a host of other very serious problems. But there are hundreds of millions of people in the world who are in dire and dangerous circumstances. Compassion must have its limits. If you oppose immigration limits, how many people would you admit to the U.S. annually? 5 million? 25 million? Are you willing to take into the U.S. every resident of every country who is desperately poor, faces gang violence or domestic abuse, or who is facing jail or death because of sexual orientation?

Enforcing laws is costly. However, the right of our country to enforce our borders and insist that our laws be respected is priceless. Congress has the power to legislate a far better system than we have now. Let’s insist that they do it.

Richard Fein holds a master of arts degree in political science and an MBA in economics. He can be reached at [email protected]

With Roe in doubt, states act on abortion limits, expansions

Tue Jan 25 , 2022
SALT LAKE CITY — It didn’t take long for abortion to re-emerge as a flashpoint in state legislatures. Less than a month into the 2022 legislative sessions, battles over the future of abortion already are setting up around the U.S. Republican lawmakers are proposing new restrictions modeled after laws in […] 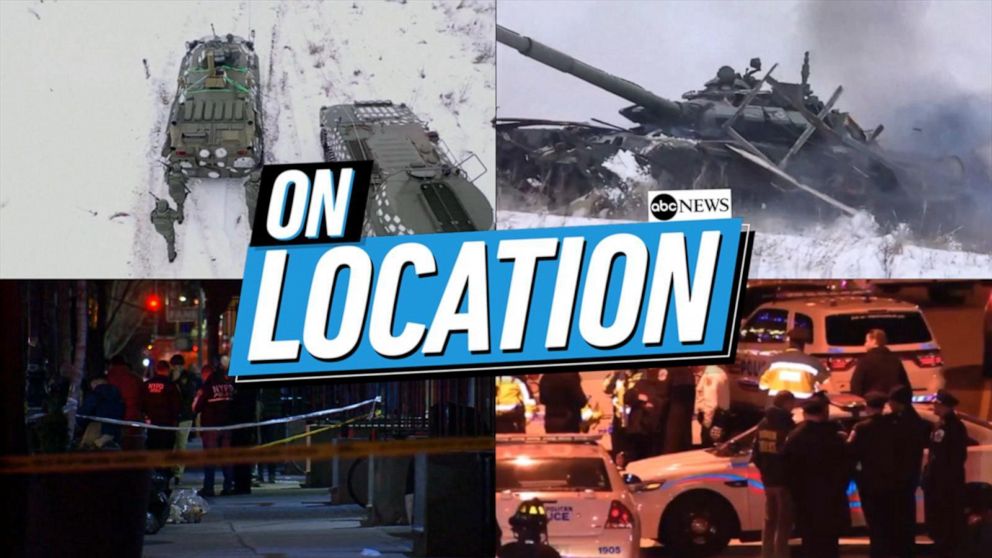