American Airlines is facing accusations that it enabled a celebrity chef working for the company to sexually assault a flight attendant in a rare court trial that started this week in Fort Worth.

In opening statements Tuesday, lawyers for the Fort Worth-based carrier argued the company isn’t responsible for a contractor’s alleged misconduct during a work trip in 2018. Former flight attendant Kimberly Goesling sued the airline and contends managers encouraged chef Mark Sargeant to pursue her in the early morning hours after a night of heavy drinking.

The Dallas Morning News doesn’t typically divulge the names of sexual assault victims but Goesling has volunteered her name and has waged a public campaign against American Airlines, including a 30-minute interview with former Fox News anchor Gretchen Carlson.

The trial could last as long as three weeks, state District Judge Kimberly Fitzpatrick said, and Goesling’s legal team is asking for as much as $30 million to $50 million in damages. Besides the alleged assault, they say American Airlines did a lackluster investigation, failed to punish company managers and later retaliated against her.

American Airlines’ lawyers said the airline didn’t cover up anything and gave Goesling time off and support to deal with her accusations.

Sargeant is a London-based chef who has appeared on British television and worked for acclaimed chef Gordon Ramsay. He was hired by American Airlines to develop a menu for premium-class customers on transatlantic flights between London and the United States.

Sargeant and Goesling were part of an American Airlines corporate event in Germany in February 2018, flying into Frankfurt and then traveling to a nearby company that helps cater the company’s flights and develop the menu.

Goesling said she was sexually assaulted by Sargeant when he came to her room late in the evening after he was drinking for several hours with American Airlines managers. According to the suit, Sargeant forced his way into her room after she cracked the door, grabbed her, groped her and threw her on the bed. He stuck his hands in her pants, her suit said, before she was able to roll off the mattress and free herself.

Her lawyer, Robert Miller, said text messages between Goesling and Sargeant show that American Airlines manager Brett Hooyerink bought alcohol for the chef and encouraged him to pursue the flight attendant. Hooyerink may have even given Sargeant the room number for Goesling, Miller said.

After filing the lawsuit last year, Goesling quit her job in December with American Airlines after a 32-year career.

Stephen Kingsley, a former American Airlines manager who ran the company’s food and beverage programs, said after he learned of the accusations, he immediately removed Sargeant from an upcoming corporate meeting in Dallas-Fort Worth. He then moved to cut Sargeant’s contract with American Airlines, which happened weeks later.

Sargeant is not expected to appear live to testify in the case, although the jury of nine women and five men are expected to hear his video deposition on Wednesday.

The deposition will include Sargeant admitting that he was “out of control drunk” and that the night of the alleged assault was “an alcohol-filled evening,” Miller said.

The former flight attendant was unable to file a police report in Germany because of language barriers. Law enforcement in North Texas was unable to pursue charges because the incident happened outside the country.

Sargeant and his restaurants have not responded to requests for comment, but he told British news outlet Kent Online that he was “deeply ashamed” about what happened after “misreading the situation.” Sargeant sold the stake in his restaurants last year, The Caterer reported.

Sat Apr 30 , 2022
Highlights On April 25, the Supreme Court agreed to consider the following two questions: Does the Due Process Clause prohibit states from requiring out-of-state corporations to consent to personal jurisdiction as a condition of doing business? When does the statute of limitations begin to run on a due-process claim seeking […] 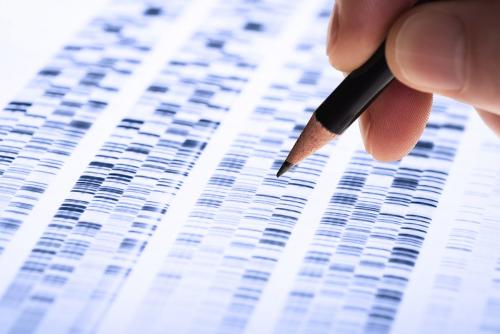