The war in Ukraine has called into doubt the United Kingdom’s ability to manage a large-scale emergency refugee crisis. Now, critics fear new rules could exacerbate the challenge. Analysis by Alexandra Ming of Dods Political Intelligence.

When Boris Johnson announced in March that thousands of Ukrainians would be welcomed to the UK, either to join family or with the support of a sponsor, Home Secretary Priti Patel said the government’s “agile response” was proof that its New Plan for Immigration introduced in 2021 was working to support those in genuine need.

Little over a month later, Patel apologised “with frustration” for delays, following fierce criticism the Ukraine schemes have been slow, inefficient, and overly bureaucratic.

The latest official data shows that, as of 20 April, out of 107,200 visa applications made to the UK via the Ukraine Family Scheme and Ukraine Sponsorship Scheme, only 21,600 visa-holders had successfully reached the UK.

Steve Valdez-Symonds, refugee and migrant rights director at Amnesty International UK, told The House the UK’s immigration system was based on rules governing how people can come to the UK to work, study, join family or visit, and was not designed for those requiring emergency asylum from conflict or persecution.

“It should surprise nobody, therefore, that trying to fashion a response to the Ukraine refugee crisis out of its rules and procedures is completely ineffective. It is trying to squeeze the proverbial square peg into a round hole,” he said.

The government’s poor track record of managing Ukrainian refugees since the Russian invasion has raised fresh concerns the nationality and borders legislation could make circumstances even harder for those seeking asylum in the UK because of how it will penalise those who arrive via unofficial means.

Refugees who travel via third countries, for example, could be entitled to a reduced set of rights in the UK, their claims might be made inadmissible, or they could face a four-year prison sentence.
The recent government announcement of an agreement to send asylum seekers for processing in Rwanda has exacerbated these concerns. The UNHCR, the UN refugee agency, has expressed strong opposition to the plan.

Refugee campaigners have long argued that the lack of safe and legal routes to enter the UK drive asylum seekers to seek out irregular and sometimes dangerous means to come to Britain, such as paying a trafficking gang to cross the Channel in a dinghy.

The Refugee Council, a charity working with people seeking asylum in the UK, said the large number of public requests to help Ukraine refugees shows British people want “an asylum system that is orderly, humane and fair,” rather than new legislation that would treat refugees from countries like Ukraine “as criminals”.

Speaking in late March during a parliamentary debate on the nationality and borders legislation, Stephen Kinnock, shadow minister for immigration, said the measure had been “introduced against the backdrop of an asylum and immigration system that is simply not fit for purpose”.

“A Ukrainian person who had brought their elderly parents to our country in the early days of the war would have been criminalised under the bill,” he added.

The government argues the legislation will fulfil the electorate’s desire to “take back control” of the UK’s borders following Brexit. The lengthy ping-pong between the Commons and Lords which accompanied the scheme’s passage demonstrates the strength of feeling across both Houses.

In a statement defending the nationality and borders legislation, a Home Office spokesperson says it “will fix our broken asylum system, helping those in genuine need while tackling people-smuggling gangs”.

Get the inside track on what MPs and Peers are talking about. Sign up to The House’s morning email for the latest insight and reaction from Parliamentarians, policy-makers and organisations.

How to advance your career in the legal industry

Sat May 14 , 2022
Kristen Rohr, White & Case, New York, New York Practice area: Mergers and acquisitions. Law school and year of graduation: University of Toronto, 2012. Kristen Rohr/courtesy photo How long have you been at the firm? I joined the firm as a summer associate in 2011 and returned as a full-time associate in […] 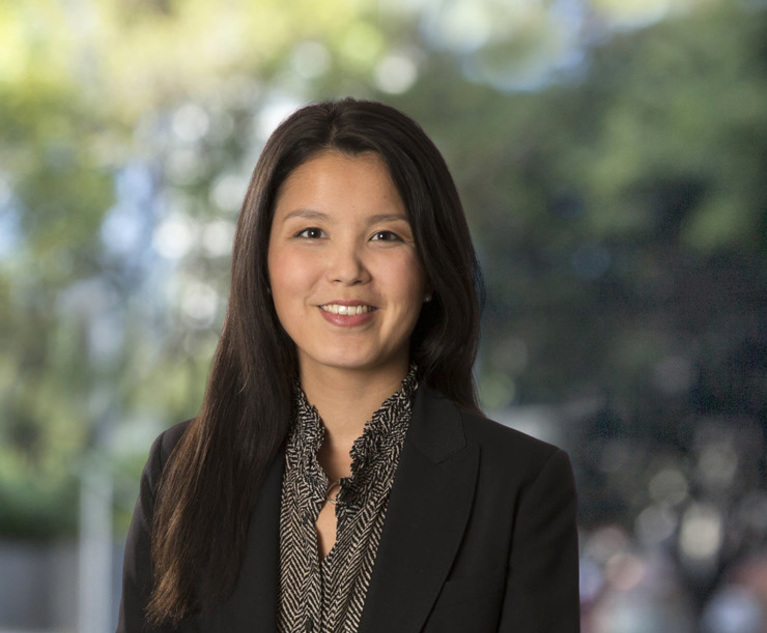