On 16 February 2022, the UK Supreme Court in Bloomberg LP v ZXC [2022] UKSC 5 unanimously upheld the decisions of two lower courts that Bloomberg was wrong to publish an article identifying a US executive who was under investigation in relation to allegations of fraud, bribery and corruption as he had a reasonable expectation of privacy unless and until he was charged.

The court found that Bloomberg misused the executive’s private information when it reported on a confidential letter of request sent by a UK legal enforcement agency to its counterpart in a foreign state.

As a general rule or as a legitimate starting point, a person under criminal investigation has a reasonable expectation of privacy in respect of information relating to that investigation unless and until they are formally charged.

This judgment is significant not only in confirming the reputational protections available to individuals who are the subject of criminal investigation, but also in the development of English privacy law more generally. It shows an appetite by the courts to bolster (at least on an individual basis) the right to privacy in a world where that right is increasingly under challenge.

The executive (a US citizen) and his corporate employer were the subject of a criminal investigation by a UK law enforcement agency. During that investigation, the UK agency sent a confidential letter of request to its counterpart in a foreign state seeking, among other things, information and documents relating to the executive. The letter expressly requested that its existence and contents remain confidential.

Bloomberg obtained a copy of the letter and published an article reporting that information had been requested in relation to the executive and detailing the matters in respect of which he was being investigated. Bloomberg refused to remove the article from its website. Following an unsuccessful application for an interim injunction, the executive brought a claim against Bloomberg under the tort of misuse of private information.

This tort is relatively new to English law, having first been recognised as a distinct cause of action in the early 2000s in supermodel Naomi Campbell’s successful appeal to the House of Lords in her claim against The Mirror newspaper for publishing photos of her leaving a rehabilitation clinic following public denials that she was a recovering drug addict.

Bloomberg advanced four arguments challenging the lower courts’ suggestion that there may be a “general rule” or “legitimate starting point” that a person under criminal investigation has, prior to being charged, a reasonable expectation of privacy in respect of information relating to that investigation:

Whilst, as a matter of legal principle, individuals are presumed to be innocent unless proven otherwise, it is widely accepted that an innocent person’s reputation, and therefore their right to respect for private life, can be seriously and permanently damaged by the publication of the fact that they are subject to a criminal investigation. This is why state investigatory bodies generally do not identify those under investigation prior to charge and partly why, in this case, the UK agency asked for the existence and content of the letter to be kept confidential.

This point was made in the Leveson Inquiry Report, has been endorsed by the Government and the Judiciary, and has arisen in a string of cases in the lower courts.  In 2016, an independent review into the Metropolitan Police Service’s handling of non-recent sexual offence investigations alleged against persons of public prominence found:

Present arrangements […] have caused the most dreadful unhappiness and distress to numerous suspects, their families, friends and supporters. Those consequences were avoidable by protecting anonymity. Nobody is safe from false accusation and damaging exposure under present arrangements. A reputation built on a lifetime of public service or popular entertainment can be extinguished in an instant.

The judgment against Bloomberg in the present case is therefore important in providing confirmation from the highest court in the land that there does indeed exist a “general rule” of pre-charge anonymity.

While the decision will be unwelcome for the British media (which might argue that the decision prevents journalists from putting the conduct of companies and individuals under appropriate scrutiny), it is a positive development for those under investigation (and, by association, their employers) given the protection it gives to their reputations prior to charge. It is likely that if such individuals are not charged, the fact of their involvement in the investigation may never reach the public eye.

Sat Mar 12 , 2022
Characterizing excerpts of nearly a dozen depositions from top aides to Trump and former Vice President Mike Pence, the committee described a president who had been informed repeatedly that he lost the election and that his claims of fraud were unfounded — only to reject them and continue to mislead […] 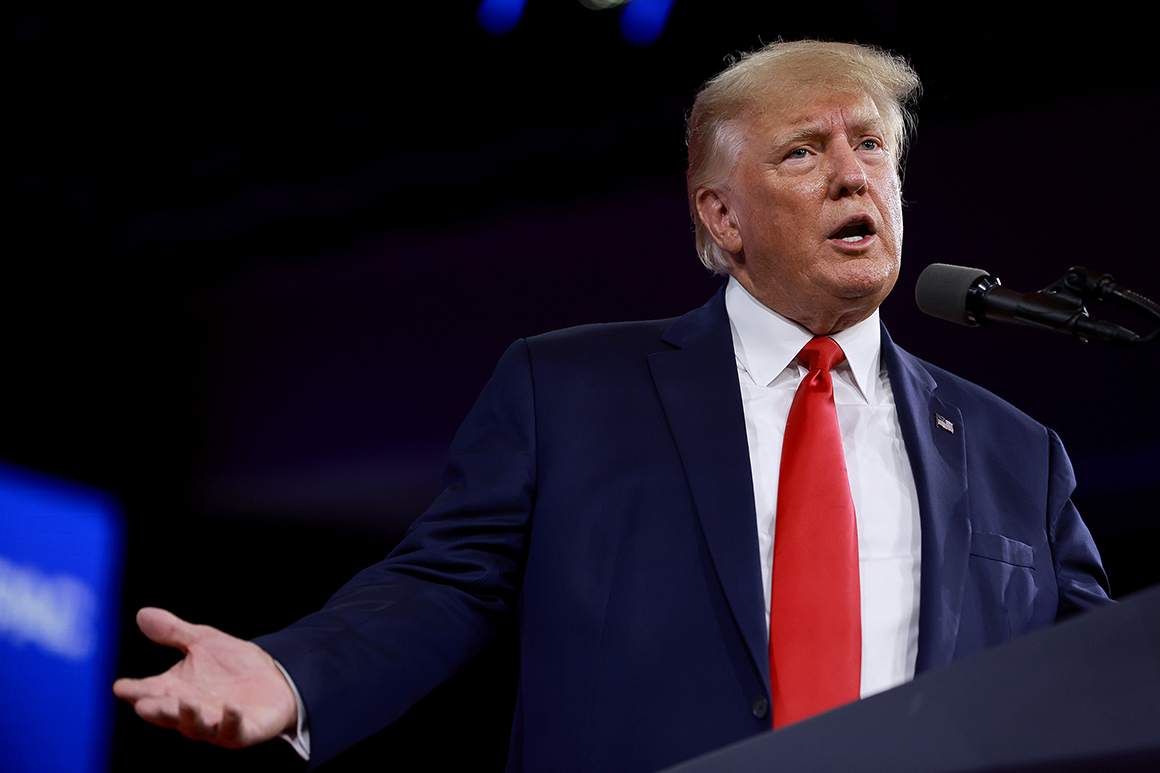