In an April 21 speech, U.S. Assistant Attorney General Jonathan Kanter highlighted his five policy initiatives for reinvigorating the enforcement of U.S. antitrust laws. Kanter’s five initiatives included focusing on protecting competition, adapting current antitrust laws to reflect market realities, and reviving the enforcement of Section 2 of the Sherman Act. Kanter also stated that under his tenure the Antitrust Division will litigate cases to a decision in order to develop the law to match his other enforcement initiatives

Kanter said he will focus on protecting competition and move away from what has become known over the years as the “consumer welfare standard,” which he notes developed even though that standard is neither mentioned in Supreme Court decisions nor reflected in the actual language of the antitrust laws. This move may dampen the ability to argue that an action will not violate the antitrust laws because it automatically reduces price or increases output or market access. Kanter’s comments suggest that DOJ will analyze whether competition is being injured in the long run – even if consumer welfare may benefit in the short term.

Kanter’s focus on current market realities recognizes the changing nature of competition in our new high-tech world. As he and his team focus on digital markets, Kanter’s comments do not appear to indicate they will ignore brick-and-mortar companies. Kanter states that business paradigms, arguably all business paradigms, are evolving because of technology’s impact on traditional business models. Further, conduct that may once have seemed to be outside the reach of the antitrust laws, like above-cost pricing where the prices are still exclusionary, now will be scrutinized under the lens of whether these actions negatively impact competition. Sacrificing short-term profitability through above-cost exclusionary pricing to promote share price increases and drive competitors from the market will no longer receive an automatic pass from regulators. Kanter’s nod to Trinko, a 2004 Supreme Court case on the Telecommunications Act and network competition, and his comment that Trinko’s analysis is based on an outdated understanding of how networks now operate, may also breathe life into the essential facilities doctrine, which has gotten little traction in the courts over the past 20 years.

Kanter’s statement regarding enforcing Section 2 appears to be a natural progression from the Biden administration’s 2021 statements regarding its determination to investigate and stop entities with significant market power from engaging in the practice of “copy, acquire, or kill.” Businesses that improperly acquire and maintain monopoly power now will face regulatory scrutiny depending on the totality of the circumstances and the impact on competition.

Marking a significant shift in antitrust philosophy and enforcement strategy, Kanter’s language appears to more closely adopt the approach the EU espouses, focusing on competition as opposed to simply approving mergers and conduct that will result in lower prices or increased efficiencies. Historically, the divergence between the application of U.S. and EU antitrust laws occasionally has led to contradictory results. For example, in 2001 the United States approved General Electric’s (GE) acquisition of Honeywell’s aircraft engine division because, among other reasons, it would lead to lower prices, increased efficiencies, and an increase in economies of scale to the benefit of customers. The EU rejected the transaction for essentially the same reasons – GE/Honeywell would be a dominant force in aircraft engines, avionics, and airplane leasing, stifling competitors and reducing choice in the relevant markets. Kanter seems to be moving closer to EU analysis with his new policies.

Kanter’s pivot is contemporaneous with the EU’s increased scrutiny of dominant firms in strategic markets and the enactment of legislation – in particular, the 2014 EU Damages Directive (see GT Alert) as subsequently transposed into the national laws of the EU Member States, and more recently the introduction of mass damage instruments – such as, e.g., in the Netherlands – that allow for citizens and aggrieved parties in EU countries to file private suits against firms violating the EU competition laws. As the U.S. DOJ ramps up investigations and begins taking to trial cases with a focus on the impact on competition and new market realities, the result could be judgments assessing civil and criminal liability under U.S. law that may be actionable under civil law in EU countries. Claimants do not have unrestricted freedom in choosing where to bring their claim simply because they consider that a particular regime is likely to be more favorable to them; complex jurisdictional rules mean they will only have the right to initiate proceedings in certain jurisdictions connected to the claim in some way (e.g., in relation to the location of the defendants’ businesses, the place where a contract was performed, or where the harmful event occurred). Nevertheless, global businesses suing other multinationals may well find they have some choice, which can result in so-called “forum-shopping.” Antitrust follow-on damages claims are becoming more relevant and important in Europe, with the most prominent jurisdictions in Europe in relation to recovery currently being the Netherlands, Germany, and the UK.

Title 42 and its Impact on Migrant Families

Thu Jun 2 , 2022
Introduction Title 42 of the Public Health Services Act is a public health authority that authorizes the Director of the Centers for Disease Control and Prevention (CDC) to suspend entry of individuals into the U.S. to protect public health. This authority was implemented by the Trump Administration in March 2020 […] 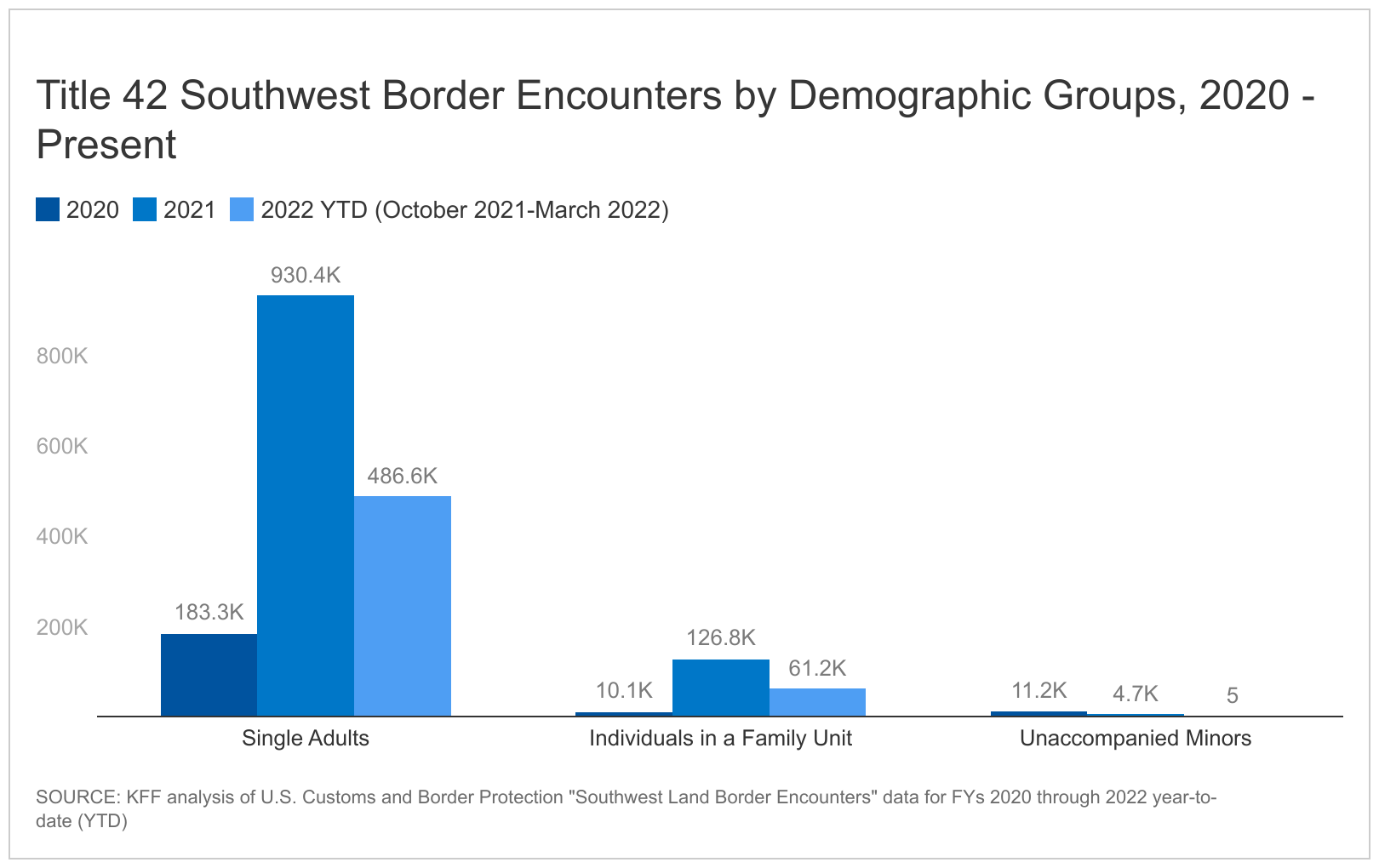