(Reuters) – The U.S. Supreme Court on Wednesday heard a cruise company’s bid to limit the ability of workers in California to sue their employers on behalf of the state, with the liberal justices expressing concerns about restricting the state’s powers to enforce labor laws.

California’s Private Attorneys General Act allows workers to keep 25% of any damages they win, while the rest goes to the state. And the law has become the only way to sue in court for the increasing number of workers who have such agreements that require them to bring legal disputes against their employers in individual arbitration.

Viking River, backed by a slew of business groups, says the Federal Arbitration Act (FAA), which generally requires that arbitration agreements be enforced according to their terms, applies even in PAGA cases.

The Supreme Court’s three liberal justices sounded unconvinced on Wednesday, saying PAGA reflects California’s decision on how best to enforce its employment laws in the face of limited state resources.

“I’m wondering whether anybody, when they were enacting the FAA, thought it would end up precluding the ability of the state to structure its own law enforcement,” Justice Elena Kagan said to Clement.

Clement, a former U.S. solicitor general, replied that the FAA does impose limits on states. He cited a 2011 Supreme Court ruling in AT&T Mobility Inc v. Concepcion that said the FAA preempts state laws that “stand as an obstacle” to enforcing arbitration agreements.

Reuters listened to a livestream of the arguments.

Viking River is asking the high court to reverse a 9th U.S. Circuit Court of Appeals ruling that allowed a PAGA case accusing the company of violating wage laws to proceed.

PAGA cases do not share any of the procedural features of class actions, which are designed to protect the rights of class members, Nelson said.

Members of the court’s conservative majority peppered both sides with questions but gave little indication of how they could rule.

Dan Wiessner (@danwiessner) reports on labor and employment and immigration law, including litigation and policy making. He can be reached at [email protected]

Wed Apr 6 , 2022
On March 28, the U.S. Supreme Court added three cases to its docket for next term: one about when a work of art “transforms” a prior work for the purpose of the Copyright Act’s fair use defense, another involving a “dormant” Commerce Clause challenge to a California law that prohibits […] 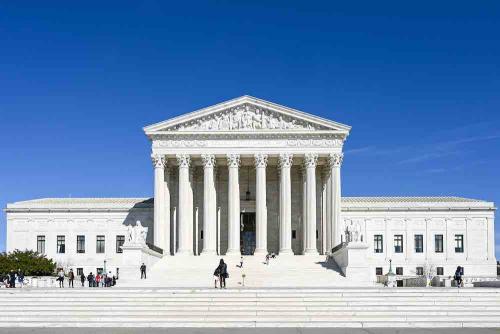