(Reuters) – January may be cold and gray, but as a longtime legal business reporter/geek, I look forward to it every year. That’s because it’s when we start finding out how law firms fared financially the year before.

Granted the performance (at least to some extent) is the product of a rising tide lifting many law firms. As Zeughauser Group legal consultant Kent Zimmermann told me, a “surprisingly sizeable” group of Am Law 200 law firms had revenues and profits over 20% higher than the previous year, with some up 25% or more. FisherBroyles is “in good company,” he said.

Founded in 2002, the firm pioneered a stripped-down overhead model that allows it to operate on 18% to 20% of gross revenue, in large part by eschewing physical offices. As a result, lawyers pocket up to 80% of what they bill according to Michael Pierson, managing partner of FisherBroyles’ global corporate practice.

By comparison, the traditional law firm model uses the “rule of thirds,” allocating one-third of fee revenue to overhead, one-third to salary and one-third to profits doled out as the firm sees fit.

Profits per partner strikes me as an ill-suited metric to evaluate FisherBroyles’ performance. All the lawyers are partners (the firm is populated chiefly by Big Law alums plus former in-house and government lawyers) and there are no billable hour requirements. You eat what you kill, whether it’s a mastodon or a mouse, and no one expects you to share.

The result is an enormous spread in compensation.

As for the lowest-paid? Final 2021 number-crunching isn’t complete, but for reference, in 2020 the lowest-paid partner made roughly 1,000 times less. If the ratio holds this year, that would be $6,700 (although 2020’s bottom earner is no longer with the firm).

This staggering pay gap is in part what makes the firm’s model so intriguing to me. Lawyers with tons of business who want to work like crazy can feast on big game. “If you’re a rainmaker, there’s no better firm on the planet,” Pierson said.

But what about those with smaller appetites – who are happy to work less and spend more time looking after their kids or snowboarding or organizing their stamp collection? That’s also an option.

“We’re not measuring performance in number of hours billed per year, but how much money you make from the hours you do bill,” co-founder Kevin Broyles told me.

In many ways, the firm’s structure has enabled FisherBroyles to flourish during the pandemic.

As almost all Big Law firms switched to remote work, lawyers across the profession realized that there’s nothing “scary about working from home,” cofounder and managing partner James Fisher said. “We’re no longer an outlier.”

Legal consultant Lisa Smith of Fairfax Associates told me that she thinks the pandemic will accelerate the trend of distributed firms.

“The fact that the virtual model has worked well for lawyers and traditional law firms will certainly increase the interest from lawyers in joining a distributed model or beginning their own,” she said. “There will also be less concern about skepticism from clients about the viability of a virtual model since they have seen the ability of firms to adapt to that model.”

Besides its virtual-by-design model, a key feature at the firm is that it does not redistribute profits to other partners.

The firm covers expenses such as insurance, accounting, conflict checks, software, cybersecurity and marketing. “The general rule is that if it benefits the entire firm, it’s a firm expense,” Pierson said.

But partners don’t subsidize the expenses of other partners. If a lawyer or group of lawyers wants something that will benefit them exclusively – office space, for example, or an administrative assistant – they foot the bill.

At the same time, Pierson stresses that FisherBroyles is “not solo practitioners under one umbrella.”

The firm offers its partners a network of colleagues within the firm to tap for assistance with big cases or projects. The referring lawyer gets a 32% cut in exchange for generating the business.

Recent lateral hires include Dan McGuire, who was previously a shareholder at Polsinelli, Doug Banghart, a former partner at Jones Day, and Jan Joosten from Neogene Therapeutics, where he served as general counsel.

Partners also have regular Zoom meetings and gather each spring for a firm-wide retreat. This year, the plan is to get together in Nashville.

Lawyers set their own billing rates (though there’s a minimum floor, which the firm declined to specify) and are free to take cases on contingency or use alternative fee structures. Pierson says hourly rates are often two-thirds what a traditional law firm would charge. “We remove the real estate cost from the price,” he said.

Notable engagements in 2021 include representing Ericsson against Samsung Electronics Co in multiple suits at the International Trade Commission and commerce services company PFSweb Inc in a $250 million carve-out sale of its LiveArea business unit to Merkle Inc.

Looking ahead to 2022, Fisher said, “As working from home continues to be accepted in the marketplace, we expect more and more growth.”

Opinions expressed are those of the author. They do not reflect the views of Reuters News, which, under the Trust Principles, is committed to integrity, independence, and freedom from bias.

Jenna Greene writes about legal business and culture, taking a broad look at trends in the profession, faces behind the cases, and quirky courtroom dramas. A longtime chronicler of the legal industry and high-profile litigation, she lives in Northern California. Reach Greene at jenna[email protected]

Wed Jan 19 , 2022
Federal authorities formally designated more than 50,000 acres of eastern Long Island Sound as a National Estuarine Research Reserve, the first reserve of its kind to be established in the waters of Connecticut. The reserve, which stretches from the Lower Connecticut River Valley in Essex to the waters around Mason […] 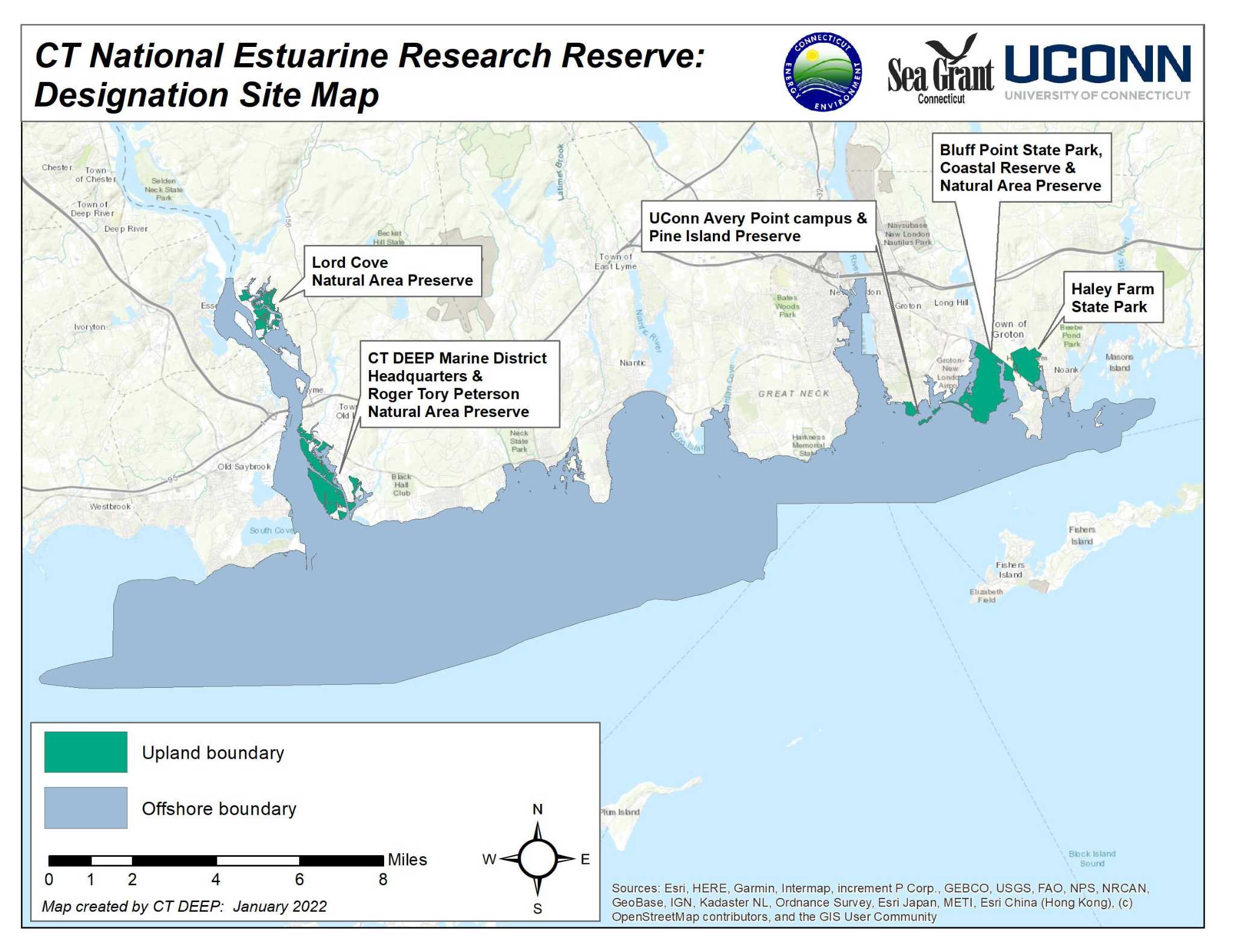