When an employee pursues legal action against their employer, it is strongly recommended by legal professionals that both sides consider hiring an attorney to assist in the proceedings.

Attorneys Yelena Katz, associate at Benesch Friedlander Coplan & Aronoff in Cleveland; and member Ryan Neumeyer and associate Julia Ross, both of the litigation department’s labor and employment practice group at McDonald Hopkins Law Firm in Cleveland, offered reasons why an employee may pursue legal action, the benefits of hiring an attorney and recommendations for how employers should handle such situations.

“First, the company should investigate whether it may have insurance coverage for the claim,” Katz suggested. “Employment practices liability insurance, or EPLI, may cover the claims and counsel may be chosen by the insurance provider.”

If insurance does not cover the claim, Katz advised that a company immediately seeks counsel from an employment defense attorney.

“The company should not contact the plaintiff directly,” Katz stated, adding that communication will be established between both parties’ legal counsels.

She explained that a company should refrain from intentionally or inadvertently destroying anything related to the employee’s complaint.

A common mistake that people make is trying to handle the lawsuit internally or without outside counsel, Katz pointed out. Those who represent themselves may miss litigation deadlines or fail to provide key evidence, among other actions that will make it more difficult later on if they decide to hire an attorney, she added.

“It is also a common mistake for companies not to have a relationship with an employment lawyer until they need one,” Katz mentioned.

To avoid such lawsuits, she suggested that employees, especially managers, receive training about employment-related issues. She recommended that they learn the laws and regulations applicable to employees in their state.

Another practice that Katz said employers should avoid is retaliating when employees file lawsuits.

“Regardless of how the company perceives the merits of the employee’s claims, it is critical to avoid any conduct that a current employee might perceive to be retaliatory,” Katz advised. “Retaliating against an employee for filing a discrimination claim or otherwise engaging in a legally protected activity could expose the company to further liability.”

Ross stated that there are “a bunch of different reasons” why a person might pursue legal action against their employer.

“What Ryan (Neumeyer) and I both see a lot of are discrimination cases,” Ross noted.

She explained that employees may be discriminated against for being members of certain protected classes, such as race, gender, disability and age. Other reasons, she added, might be workplace harassment, family and medical leave issues and workplace injuries.

“There’s something, it’s called a prima facie case, and so the employee has to make a very light showing that they’re in a protected class,” Neumeyer pointed out.

Neumeyer went on to say that the employee needs to show they’ve suffered an adverse employment action. He stated that employees often seek legal action because they were terminated, but not always.

To help ensure that they are prepared in the event that an employee pursues legal action against them, Neumeyer recommended that employers keep documentation in personnel files, provide sufficient training, have solid policies in place, take complaints seriously and be honest on performance evaluations to try and address issues before they become too big of a problem.

There are “quite a few” benefits of hiring an attorney, Ross noted, adding that people may represent themselves in a case, but there are things they need to keep in mind if they do so.

“Something that a lot of people forget when they are representing themselves or are considering whether or not to represent themselves is they are still held to the same standard as an attorney would be in front of a judge or in the court,” she pointed out.

Ross stated that it is very beneficial to hire an attorney who is familiar with the court, has been in front of the court before, knows what is expected of them, knows the intricacies of the courts and is prepared to deal with complex situations.

“Having people who are dealing with this on a day to day basis is a huge benefit,” she stated.

Tue May 3 , 2022
Since 2019, the Illinois Lodging Services Human Trafficking Recognition Training Act (820 ILCS 95/, “the Act”) has required Illinois lodging establishments (such as hotels, motels, and casino hotels) to provide employees with training on how to recognize human trafficking and protocols for reporting suspected human trafficking to authorities.  Recent amendments, which […] 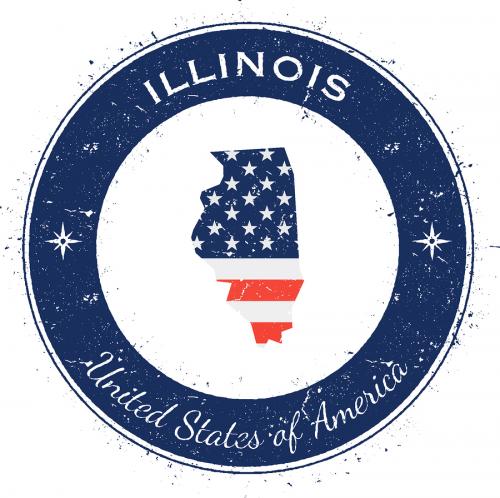