SPRINGFIELD — Nearing one year since Democratic state lawmakers pushed through controversial criminal justice reform legislation, Illinois House Republicans are renewing their call for the law to be repealed.

“We are here to recognize the one year impact of the majority passing this policy to punish police and actually reward criminals,” McCombie said

The SAFE-T Act was passed in the waning hours of the previous legislative session in January 2021 and signed into law by Gov. Pritzker in February.

Windhorst said he and his Republican colleagues warned Democrats that passing the act would lead to increased crime rates and mass resignations from law enforcement officials.

“As policies passed by the General Assembly and signed by the governor have taken effect, we have seen the job of law enforcement officers become more dangerous and harder to do. Criminals are acting more emboldened than ever before,” he said.

Despite Republicans linking the law to increased crime rates, most of its provisions have not yet gone into effect. One of the act’s most controversial provisions, which eliminates cash bail, does not take effect until 2023.

The massive reform legislation addressed many aspects of policing and the criminal justice system. Among other changes, it will require all police officers to wear body cameras by 2025, limit the use of pretrial detention, and allow suspects in police custody three phone calls instead of one.

Some provisions have already gone into effect. As of January 1, statewide use of force standards for law enforcement officers were officially established.

But Republicans are pointing to rising crime rates, particularly in Chicago, as evidence that Democrats need to enact stricter punishments for violent criminals and to increase funding for law enforcement instead of restricting officers’ abilities.

According to data from the Chicago Police Department, there were 797 homicides in the city in 2021, which is the most recorded since 1996.

McCombie said its these increased crime rates, along with the new restrictions introduced in the SAFE-T Act that’s convincing some law enforcement officials to retire early.

“In 2021 we saw 17% of Illinois sheriffs retire early In 2022, we will see a record number of elected sheriffs retiring or moving on to other careers or other states,” she said.

On Wednesday, the first day of 2022 legislative session, Windhorst filed a resolution to repeal the SAFE-T Act. With Democratic supermajorities in both the House and the Senate, though, Republican lawmakers don’t have enough votes to pass Windhorst’s resolution.

Illinois Senate Republicans have similarly pushed the crime issue, introducing last year the “Fund the Police Act,” which would appropriate $100 million in grant funds that can be accessed by police departments to hire more officers and purchase equipment.

It would also stiffen sentencing guidelines for gun crimes and allow counties to opt out of certain provisions of the criminal justice reform law.

That effort, however, is has also been met with a dud in Democratic-controlled Springfield.

Still, many Republicans will likely make crime and policing a focus of their campaigns throughout the 2022 election cycle.

10 crimes we won’t ever forget

Get the latest in local public safety news with this weekly email.

Thu Jan 6 , 2022
Although COVID-19 may have caused last year to feel like a long extension of 2020, 2021 saw several significant changes to New Jersey’s employment law landscape that have nothing to do with face coverings or vaccinations. By way of highlight and summary, New Jersey’s 2021 employment-related measures include: the enactment […] 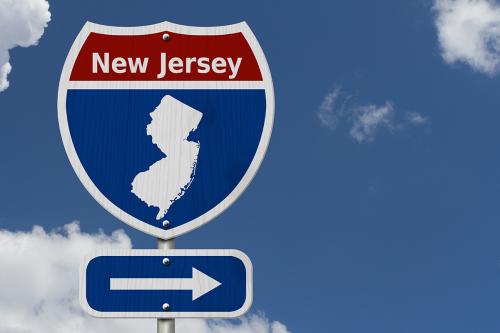